Conspiracy Theory as a Personality Disorder? 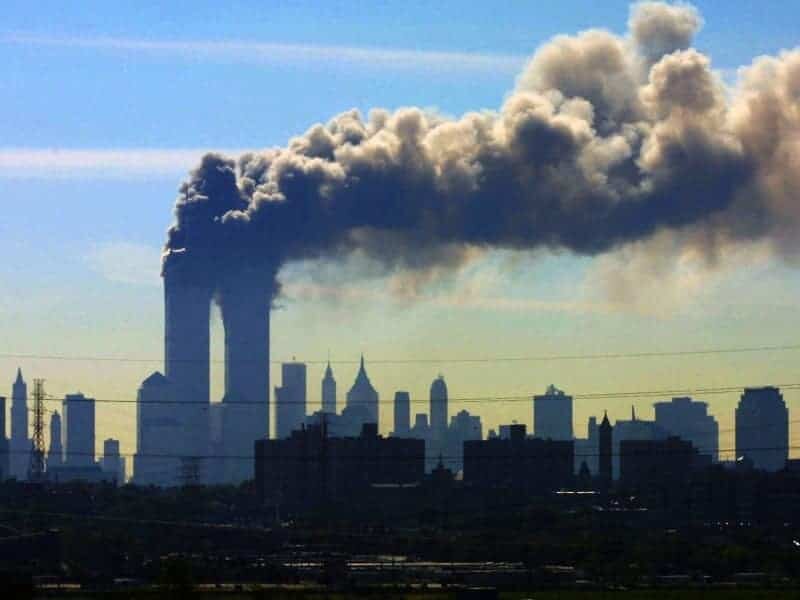 As related by Seelig, the treatment meted out to political dissidents in psychiatric wards and institutions could be hellish. Over the past few decades however, such techniques against dissent have become passé, in favor of more subtle methods of social control. While the groundwork was laid during the 1940s by president Franklin Roosevelt calling dissidents to his regime the “lunatic fringe,” this became a theme for the social sciences, the seminal study of which is The Authoritarian Personality by Theodor Adorno et al. This Zionist-funded study established an “F” scale in which respondents were tested for latent “Fascism.” The extent depended on their attitudes towards hitherto what was regarded as traditionally normative values, such as affection for parents and the family, the latter in particular regarded by these social scientists as the seed-bed of “Fascism.”

While social mores have been established to make dissidents pariahs, to impose a soft totalitarianism of the Huxleyan Brave New World variety, social scientists remain occupied with creating new approaches for the continuing de-legitimizing of dissident opinions. Among the primary targets are those who have in recent years been termed “conspiracists.” The term is used to induce a pavlonian reflex in nullifying dissident views on a range of subjects, like the words “racist, “fascist,” “sexist,” etc. Any hint of “ conspiracism” in a paper is also sufficient to prevent it from even reaching the initial stage of peer review if submitted to a supposedly academic journal, where one might expect a range of views to be debated.

Recently a group of psychologists studying the allegedly contradictory nature of conspiracy beliefs were able to furnish mind-manipulators with a study that can be used to show that anything associated with or labelled as “ conspiracy theory” can be relegated to the realm of mental imbalance. The paper was published as “Dead and Alive: Beliefs in Contradictory Conspiracy Theories.” [1] The abstract reads:

The conclusion is that conspiracy theorists have a generalized suspicion of all authority, and thereby believe that any event is the product of a conspiracy by authority. Several categories were used to score contradictory attitudes in regard to conspiracy. The subjects were chosen from 137 undergraduate psychology students. Five questions were asked regarding conspiratorial beliefs in Princess Diana’s death.[3] The results “ suggest that those who distrust the official story of Diana’s death do not tend to settle on a single conspiracist account as the only acceptable explanation; rather, they simultaneously endorse several contradictory accounts.” [4]

There are several factors to consider:

Other test categories were on 9/11 and the death of Osama bin Ladin.

In is of interest that Wood, Douglas and Sutton draw on The Authoritarian Personality in creating a psychological profile of conspiracists that will accord with the Liberal-Left assumptions of “conspiracists” as “fascists’ and “anti-Semites”: “There are strong parallels between this conception of a monological belief system and Adorno et al.’s (1950) work on prejudice and authoritarianism.”[5] The purpose of the study can be discerned from this passage:

If Adorno’s explanation for contradictory antisemitic beliefs can indeed be applied to conspiracy theories, conspiracist beliefs might be most accurately viewed as not only monological but also ideological in nature. Just as an orthodox Marxist might interpret major world events as arising inevitably from the forces of history, a conspiracist would see the same events as carefully orchestrated steps in a plot for global domination. Conceptualizing conspiracism as a coherent ideology, rather than as a cluster of beliefs in individual theories, may be a fruitful approach in the future when examining its connection to ideologically relevant variables such as social dominance orientation and right-wing authoritarianism. [6]

Conspiracism is identified as inherently “right-wing authoritarian” ideology. The authors, Wood, Douglas, and Sutton, thereby show themselves to be ideologically biased and agenda-driven; in the same manner as Adorno, et al. Moreover, in ascribing “conspiracism” to “right-wing ideology’” there seems to be a remarkable ignorance as to the diversity of “conspiracists.”

What is one to make, for example, of Carroll Quigley, Professor of History at Harvard and Georgetown University Foreign Service School, whose academic magnum opus Tragedy & Hope, is often quoted by “ conspiracists.” This includes several dozen pages describing an “international network” of bankers whose aim is to bring about a centralized world political and financial control system. [7] Despite the relatively few pages on this network in Quigley’s 1300 page tome, he regarded the role of this network in history, over the course of several generations, as not only pivotal, but also as laudable (apart from its ‘secrecy”). [8]

Wood, Douglas and Sutton begin their paper with the definition: “A conspiracy theory is defined as a proposed plot by powerful people or organizations working together in secret to accomplish some (usually sinister) goal.” [9] Based on that definition it would seem difficult to conclude anything other than that Quigley was describing conspiracy, insofar as it is :

The only question is whether “it” should be considered as “sinister,” however Wood, et al state that “conspiracies” are “usually” regarded as “sinister,” which presumably means that it is a frequent but not essential ingredient. Obviously, the word “sinister” is subjective. Quigley regarded “it” as being composed of highly cultured and intelligent men of good intentions for the world, although he seemed to have doubts towards the end of his life, when the lecture circuit had been denied to him, and his scholarly Tragedy & Hope was inexplicably suppressed by his publisher. [10]

What can one make also of the “warning’ to the American people by Dwight Eisenhower, during his “farewell speech,” in which he referred to the ‘military industrial complex,” which became a favorite expression of the Left? Eisenhower pointed out its wide ramifications, not only economic and political but also on moral and cultural levels. He stated of this:

In the councils of government, we must guard against the acquisition of unwarranted influence, whether sought or unsought, by the military-industrial complex. The potential for the disastrous rise of misplaced power exists and will persist….

The prospect of domination of the nation’s scholars by Federal employment, project allocations, and the power of money is ever present and is gravely to be regarded. Yet, in holding scientific research and discovery in respect, as we should, we must also be alert to the equal and opposite danger that public policy could itself become the captive of a scientific-technological elite. [11]

Here are the primary elements for “conspiracy theory” in Eisenhower’s address:

During the Cold War John F Kennedy also referred to a global conspiracy, while “extremists” such as The John Birch Society had been saying the same, and were pilloried by the Kennedy administration as dangers to American democracy. Kennedy stated to the Newspaper Publishers Association that they had a duty in the fight against this international conspiracy. He began by referring to Karl Marx having been a writer for the New York Herald Tribune in 1851. The context is important because Kennedy was obviously referring to a “communist conspiracy” although “conspiracists” have often portrayed Kennedy as referring to a conspiracy of a secret society. This is clearly not the case. Nonetheless, this only shows that some “conspiracists,” no more or less than anyone else, are not always accurate in how they interpret something. However, Kennedy is nonetheless a “conspiracist,” regardless of what “conspiracy” he is describing. He did however refer to the abhorrence Americans have had for “ secret societies.” He then stated:

For we are opposed around the world by a monolithic and ruthless conspiracy that relies primarily on covert means for expanding its sphere of influence–on infiltration instead of invasion, on subversion instead of elections, on intimidation instead of free choice, on guerrillas by night instead of armies by day. It is a system which has conscripted vast human and material resources into the building of a tightly knit, highly efficient machine that combines military, diplomatic, intelligence, economic, scientific and political operations. [12]

Kennedy used the word “ conspiracy.” He was a “ conspiracist” in today’s derogative terminology.

Are we really to believe that it is mentality questionable to state that the Bilderbergers for example are a “ conspiracy” with a globalist agenda when they have all the facets of a “ conspiracy,” other than to decide subjectively whether such cabals have an evil or a noble intent?

Would Eisenhower score as a “right-wing authoritarian” on Adorno’s personality tests, or as “monological” on the tests of Wood, Douglas and Sutton? Would Quigley? Kennedy? Would Professor Michel Chossudovsky and the large number of academics who are involved with the Centre for Research on Globalization [13] be characterised as ‘monological” and “right-wing authoritarians’ by Wood, Douglas and Sutton? Perhaps what is required is a screening process whereby “conspiracists” of the “Left” are distinguished from “conspiracists” of the “Right,” allowing the former to retain their legitimacy, while the latter can be subjected to either public anathema or psychiatric treatment, such as lobotomy, medication, or long-term confinement?

Therefore, it seems that there must be arbiters from on high to determine what “conspiracy theories” are socially and politically acceptable and what are not, reminiscent of the Soviet psychiatric commissions that examined political dissidents and diagnosed mental illness.

The description implies that “conspiracy theorists” are apt subjects for psychological diagnosis, because they are intrinsically “harmful” to society, like Adorno’s suspicion of the family as the seed-bed of “ Fascism.”